5 of My Favorite Black TV Moms to Always Love

It’s no secret that I enjoy watching a good television show.  As black history month slowly comes to an end, I wanted to take a look back into history with celebrating my favorite black tv moms of shows that I’ve grown up with and currently watch.  Susan Kelechi Watson is one of my favorite tv moms in her role as Beth Pearson on the hit tv show, This is Us. She is not featured below because, in today’s climate I wanted to focus on those moms of tv shows that made me laugh.  Although Beth is a real character that brings about many emotions, comedy is not her strongest attribute. lol

There is something about relating to the content of these shows and seeing how the mom reacts.  Like when Claire (although fully pregnant and hiding it) would have talks with Vanessa about wearing makeup at 13. In today’s world, I wonder how that conversation would go on a television show.  Or when Bow took Diane to the beauty salon to decide if she would get a relaxer, keep it natural, so many decisions.  These episodes will be a part of my daughter’s memories as they were and continue to be in mine – as great episodes highlighting my favorite black tv moms.

Are you familiar with the popular television show, The Jeffersons? The original sitcom was based on an up and coming self made business man George Jefferson (Sherman Hemsley)and his wife Louise Jefferson (Isabel Sanford) who moved from Queens, NY to Manhattan to a “deluxe apartment in the sky”.  They originally appeared on the controversial sitcom, All in the Family which was recently broadcast to a newer generation in the ABC live special during the holiday season.

Cully played the role of the overprotective mother to George who couldn’t stand her daughter-in-law Louise.  She always had the best lines at the expense of Louise’s attire, cooking, maintenance of their apartment and raising of their only child Lionel.  Mother Jefferson appeared on the tv show as a regular cast member during the first two seasons and made random appearances until her untimely death in 1978.

Who doesn’t love black tv mom Claire Huxtable?  Many of us grew up watching the first episode of The Cosby Show until it’s final episode in 1992. Rashaad’s character was not a housewife with a small voice.  She was an educated black woman who attended the fictional Historical Black University, Hillman College located in Virginia where she graduated as a lawyer and where she met and married her pre-med love, Heathcliff Huxtable.  Together they raised 5 children with different personalities and issues in a brownstone in Brooklyn, New York.

One of my favorite scenes, is with Claire and teenage Vanessa (Tempestt Bledsoe) where she lies to go see a problematic rock band in Baltimore, Maryland without permission.  Vanessa just had an issue with tattle telling from the beginning of the series to lying in her teenage to young adult years.  Claire had her hands full with that child.

We were entertained with the ORIGINAL black tv mom – aunt Vivian who took in her sister’s teen son to raise him in a safe an privileged environment in Bel-Air, Los Angeles California with her husband Philip Banks (James Avery, deceased 12/31/2013) and three children.  Although the show was based on the Fresh Prince, the dialogue and scenes between Aunt Viv and her nephew  were fun and seemed very genuine.  You’d think you were really with your auntie.  However, after the cameras stopped, that vibe was far from the truth and another woman replaced Janet Hubert as the aunt.

Tichina was more known as her role as the best friend to Gina (Tisha Campbell) and nemesis to Martin (Martin Lawrence) on one of the top shows of the 90’s Martin.  As the family matriarch, Rochelle kept her three children, husband and anyone else in their place as the series chronologically told the world of Chris Rock’s upbringing.  Out of all the mother’s I could related to possibly being in Rochelle’s house and not trying her at any point in time.

Starring in many plays and television shows, Ruby Johnson is one of my favorite black tv moms who prays to Black Jesus.  Ex-wife to Earl “Pops” Johnson (Laurence Fishbourne), mother to Andre “Dre” Johnson, and grandma to five grandchildren – although they somehow keep forgetting about the young one.  There are times when you think she really can not stand her daughter-in-law Rainbow, but when it comes down to it, she protects all of her family and reserves the insults to only come from her.

Despite the struggling upbringing, Dre became a wealthy advertising executive and married a doctor Dr. Rainbow “Bow” Johnson, played by Tracee Ellis Ross. Ruby is that young mother/grandmother that will have plans before being able to watch your children.  However, don’t have another grandmother step in – she’ll make time then. lol

Who are your favorite tv sitcom moms? 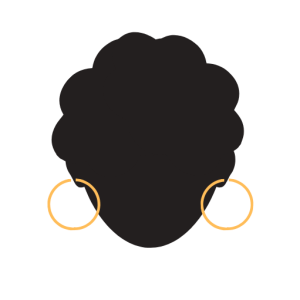 simplykatricia.com is a continuous upload of similar thoughts we may have with the natural men and women who are: parents, in relationships, travel, know just enough about politics, and all while trying to keep a decent credit score as adults living in a small space of New York City.
All Posts »
PrevPrevious ThoughtNetflix Reality Show Review: Is Love Blind?
Next Thought3 Affirmation Cards of Self-LoveNext