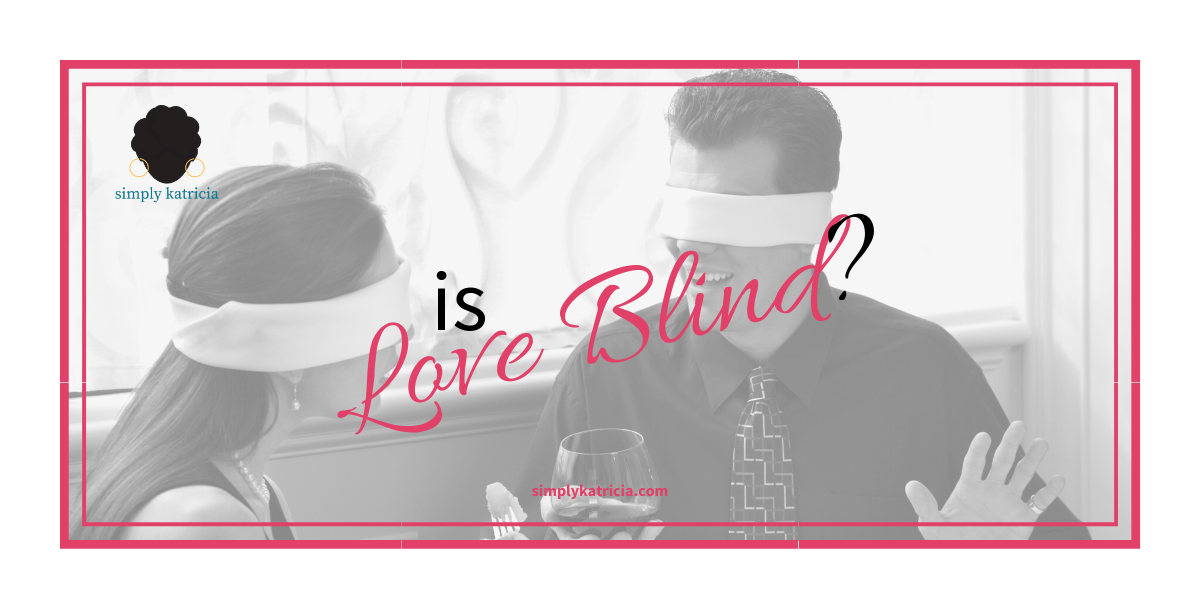 Love is blind, and it will take over your mind
What you think is love, is truly not
You need to elevate and find ~ Lyrics by Eve

This new reality show on Netflix is called Is Love Blind?  Well is it? I’m already invested in seeing who matches well based on personalities and nothing more.  I do feel that in today’s world, the creators colored slightly out of the box of “traditional” relationships and who would match well with the other.  We know that there are so many other love relations out there that are not being represented on this show – maybe that will be for the future seasons?

“I’m attracted to personality, not saying I would marry Shrek.

But if Shrek had a good personality…”  Lauren

In the early college days, I remember “meeting” people with things in common on Yahoo & AOL messenger.  Similar to this show where there’s a plexiglass boundary of communication, there was distance and time between classes and part-time jobs that kept us from constantly talking.  And being online – definitely not how it is now, we didn’t see each other at all.  Also being young college people, marriage was not the end game as with this show.  After 5 days, there was a proposal, miscommunication, high expectations and this was all with never physically being in their presence.  Brett White explains that the show is an intensely watchable train wreck of romance and reality, I can see how true this description can be.

What is keeping people from finding love?

I’m sure you’ve come across some couples in the street and asked yourself what does he/she find in the other person.  In your mind, they are not physically compatible – what if that was not a factor for their relationship and their love is truly blind?

In those “traditional” relationships, most people find who they think they want to be with by physical attraction and then mental stimulation, throw money in the equation and it’s bound to be an interesting love affair.  On this show, it’s the opposite. From what I’ve experienced and heard from others, those cute people don’t always have the best intentions for you and your budding relationship. So does being a certain height or having a six-pack really matter if they call you every name but the name on your birth certificate?  How about that one guy that’s on the show who is talking to about three other ladies – dumbass they all talk to each other in the common area and know you are saying the same shit. 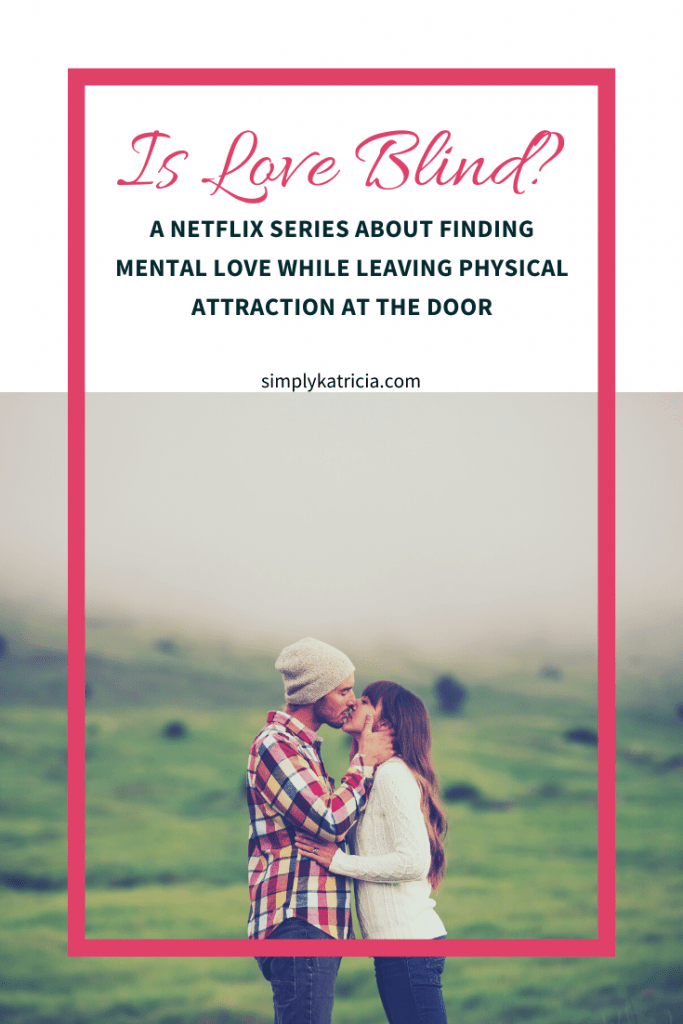 Without being in someone’s presence, there is no need to automatically have a guard up in your composure when first meeting someone.  You can literally leave all of your insecurities behind the plexiglass. Someone recently mentioned that they have to be physically attracted to a person before being in a relationship with them.  Say what now? That just sounds crazy because you won’t always be a young flexible human being with wrinkle free skin.  What will you do in twenty years when the six pack turns into a beer jug?  Will you leave them?  Will you sabotage your own future with potentially having a loving relationship because of looks? Clearly so, since they are still searching.

There’s a woman that did just that however she sabotaged her future because of age.  A ten year difference is huge, at least it is for me.  I’ve never been with anyone no more than a year younger or a year older.  Only because, there’s only so many people you will encounter that will have the same interests and are years older or younger. However, if you have a vibe with them and persuing a relationship, don’t let that number play a part in your decision making.  Disclosure: ofcourse, we’re talking about legal age adults not a 25 year old with a 16 year old – never that. I will never condone that type of dysfunction.

Another participant of the show, at least up to the part I stopped at, was “falling in love” with at least three other women. In the real world, when a guy does this, the probablity of the women knowing each other is slim unless he’s an idiot.  On this show, of course the genders meet together  in a common area and compare notes after their meetings with their potential significant other – who doesn’t do this <— inserts sarcasm. As a result of the note comparing, all three of the women feel some type of way and I wouldn’t blame them.

Will these couples really fall in love and be together forever?

You really and truely will never know.  Ofcourse the cameras show us what we need to see to make a decent television show however, there are real lives going on once the lights and cameras go dim.  They leave the reality show and meet parents, siblings, best friends and others in their lives.  That’s when the real story begins and we will see if they will make it down the aisle.  I’ll have to come back and update this post once I make it to the end of the series.
Until then,…

Is Love Blind? What do you think?