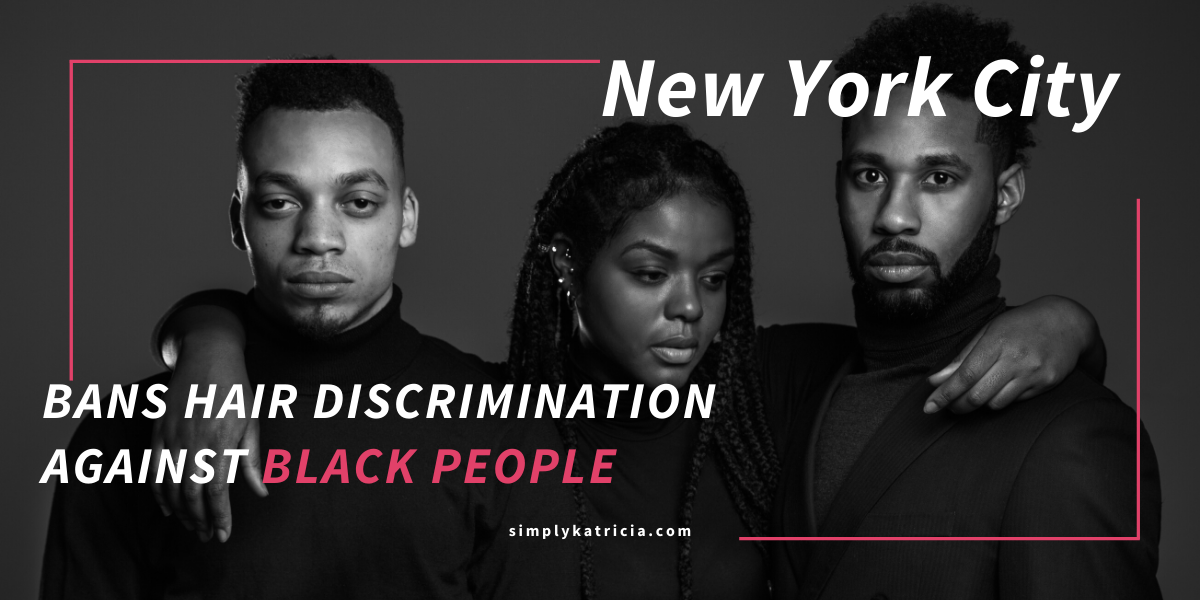 I’ve sat with this post in draft for over a year. I had to come to grips with the ignorance behind the idea that law officials had to put in law in the 20th century, where companies could not treat people with hair that grows out of their head AND identify as Black, African-American, Caribbean, Afro-Latino/a or from African or Black ancestry, different from Caucasians who also have natural hair that grows from their heads. In this supposedly great land, there are only 3 states, California being first that ban the discrimination against Black people’s hair. 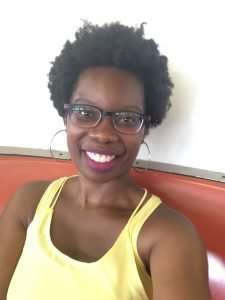 As an African-American woman with textured natural hair, working within Human Resources and a member of the Equal Employee Opportunity team, I didn’t want to be a part of the conversations from meetings to update PowerPoint presentations and manuals. I didn’t want to sit with executives who did not look like me, tell me what they mean when they describe the type of hair that was being discriminated against. Excuse me?! Do they understand how I wake up in the morning and stress over my hair laying right so that they could be comfortable? It’s tiring.

This feeling is not the case for many others working in banks, law firms, and other cooperation where we are expected to assimilate to the way Caucasians or the relaxed haired blacks look. I remember the first time I came to work after receiving a silk press. The pleasantries from coworkers was shocking. Me being me, “so my hair didn’t look nice yesterday”? Referencing how my hair was in its natural state the day before. The look I saw in their eyes wished they never commenting the first place. Because they shouldn’t have and I didn’t need a law to tell me so.

When Suzanne comes in with her red natural curls and corresponding lipstick, there’s no dialogue about how big her hair is during the humid day or how bright her lipstick is. She doesn’t get to be concerned that her hair is “natural”. My hair in the same state would be inappropriate. My coarse texture that does not lay flat without manipulation, is a sign of activism. A fight towards the inequality of black people and others who only see skin color. For those who are aware of this history, they don’t care to see a reminder.

I originally titled this post, NYC Bans 4c Hair Discrimination but then didn’t want to segregate black people’s hair, because that happens enough in this world. There are hair textures of black people that are very loose and seen as cute, manageable. There are black people who have various sized locks pulled back into neat ponytails. And then women who keep braid styles and men religiously stay in their barber’s chair to keep no hair out of place. We all have our experiences of hair discrimination within the workplace or even by walking down the street.  Durags are perceived as apparel for thugs, yet it was a featured accessory on runways in Europe – make it make sense.

Maybe because of these thoughts about my hair and my career, I subconsciously had my Afro cut into a tapered cut and have maintained this look for years. I knew that my hair and my complexion was not a combination to allow me to grow within the department. The fight within myself for maintaining my natural fro and building a career within Human Resources was and continues to be a stressful battle as every day there’s something new that segregates you from your peers.

It became easier to exist when a couple of internal transfers came into the department. One was a loose natural like me, the other had locks. Finally, I wasn’t alone. I wasn’t seen as a threat to the image of the department. My hair was not a defining factor in my skill set and growth in the field. I was finally able to speak and was heard, no longer hidden behind my hair. With mentorship and guidance, I was able to be promoted to supervisor and eventually a deputy director. And this is all with my natural low cuts. I would like to think my hair was not a determining factor but I know better. My fro would not have made it to the Executive floor if only to drop off paperwork or retrieve a signature.

According to the New York City Human Rights Law (NYCHRL), “protects the rights of New Yorkers to maintain natural hair or hairstyles that are closely associated with their racial, ethnic, or cultural identities.”  Why do Black people continue to NEED laws to just be? In order for someone to not discriminate against another human being based on their appearance and who happens to be black, there’s a law. In order for someone to not treat another human being differently, there are civil rights laws. In order for you to be able to live in high rise apartment buildings, there are housing laws. I will hope it is within my lifetime when I get to see an EQUAL human law passed.

Have you ever been judged in the workplace based on your hair?