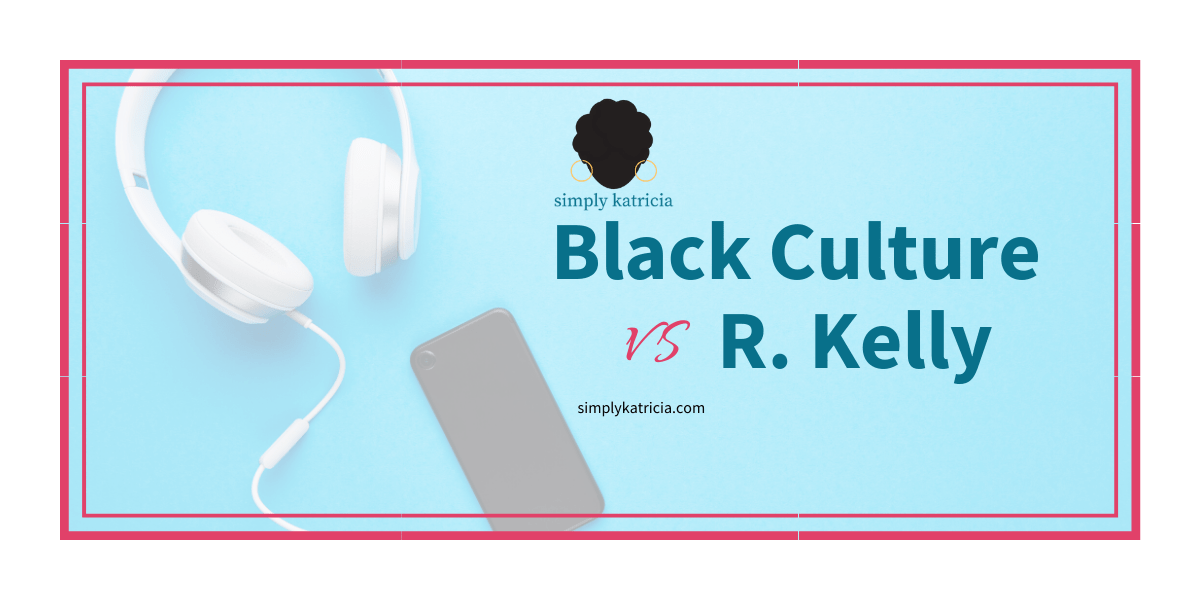 Unlike a couple of the thirty something year old women showed in the Lifetime documentary “Surviving R. Kelly”, I was very familiar with Robert Kelly’s music and accusations of being with underaged girls. How could you not? Being a year or two younger than Aaliyah was at the time, it was well known that they were ‘close’. Rumors of marriage, matching outfits on the television shows, commentary on radio and within the black culture…we knew. Yet, with all of this knowledge we still believed we could fly while stepping in the name of love.

This morning, I came across an article, that wanted to claim Sally Hemings, an enslaved black woman who was raped by Thomas Jefferson for decades as the first First Lady. According to the article, Hemings gave birth to at least six of his children. She was not a free woman, who after the death of his wife, he could marry and parade around the home as his wife. In those times, she was not seen as anything more than his property, like the horse and carriage he also owned. So how could you think that a black woman held captive, not able to consent to a sexual relationship was in love or even able to be more than what she knew she was? At that time, it was either go along with the torture or fight and die.

From slavery to the ages of when fathers married off their young daughters for a piece of agriculture, old men have had sexual relations with children. At some point in time, this act turned into men within their own families taking their young family members for themselves. The black girl was either married away or raped within their own family, procreating life without a say of love, compassion or consent. Just because a girl bleeds, does not make them a woman and this is where these pedophiles come in and can sorta smell their change. They then prey on their innocence and ruins their lives forever.

This brings us back to the documentary that premiered this past weekend, Surviving R. Kelly. Now, let’s be honest here, did I believe every story? Not quite. Do I believe something happened in their interaction with R. Kelly, yes. Do I believe that they were offered fame and was preyed upon by their desire for that fame? Yes. Do I believe that he had a team of players that helped him do the most unimaginable to young girls? Yes. Were their families offered sums of money with a promise that their daughter would be taken care of? Yes. Each woman that had a personal interaction with R. Kelly, had a story to tell. Who am I, or should I ask, who are we as a black culture to not believe in their experience? Within the black culture, we tend to be very suspicious of stories we hear and I don’t know why or when this started.

As I watched the documentary with others on social media, the comments on videos, images all were in sync with the notion that this man and all around him preyed on young women to form “a family” as he described his words. The paycheck and exposure was worth way more than the moral values of knowing you are involved with ruining impressionable girls and their family lives. I don’t understand. Truth, lies, manipulation, were all scrambled up with editing, producers and money in this documentary.

In the early to mid 90’s when the hip-hop black culture was at its greatest, music videos were the hottest television programming. Video vixens created a “look” to be seen and get the attention of the man in question. Some of these girls were very young. These images translated to girls in junior and high schools around the world. A young girl walking around her neighborhood looking older than she really is, can be targeted for all the wrong reasons. Why shouldn’t the black man respect the black girls and women in their own communities? Why does the girl emulate the video vixens and think they should walk around leaving nothing to the imagination?

As I recall one of my favorite songs, ‘Seems Like You’re Ready’, it makes me want to cry. As a mother, this song means so much more now after thinking closely to the lyrics and the allegations of R. Kelly and other men with these mental issues. How could we just keep supporting a man that basically told on himself through his craft? “Seems like you’re ready.” Ready for what? Does she even know? I believe that he secluded these girls from their lives because, as a young girl about to be adorned by a famous person, what would be the first thing you do? You’d tell your best friend. He could not have them tell, so he had to hold them captive to keep their relationship between those between those barred windows of a studio. Does he ever think of his children? What if someone out there were doing these same things with his daughter? Is he so disconnected with reality, that he no does not even realize he has an issue that stems beyond him and his music?

I’m not a therapist, nor did I study psychology to answer all these questions I have to understand the black culture and it’s acceptance of R. Kelly from the time he was first accused of doing inappropriate things with young girls. I can only correct my own part in this dysfunction. Separating the man from the art was also an issue for me with Mr. Huxtable vs. Mr Cosby. Unlike with that situation, I invested in many R. Kelly albums and songs, some I didn’t even know he had written or produced or had some sort of involvement in. If he were doing drugs, like so many other talented artists, it would be bad because no one wants to see a person ruin their OWN lives, but this crime that he has been doing, arrested for, on trial and then able to walk free from and continues to be able to do is just sickening.

I can not support an artist that could do the most heinous of acts with young girls and to know that others within the industry not only helped him but kept quiet. He even had friends within the police stations supporting him and looking the other way. This is like the ultimate disrespect towards human life, maybe even more than what Thomas Jefferson was doing with Sally those hundreds of years ago.

If no other culture sees us as human beings, we as a people in this culture need to respect and value US more.